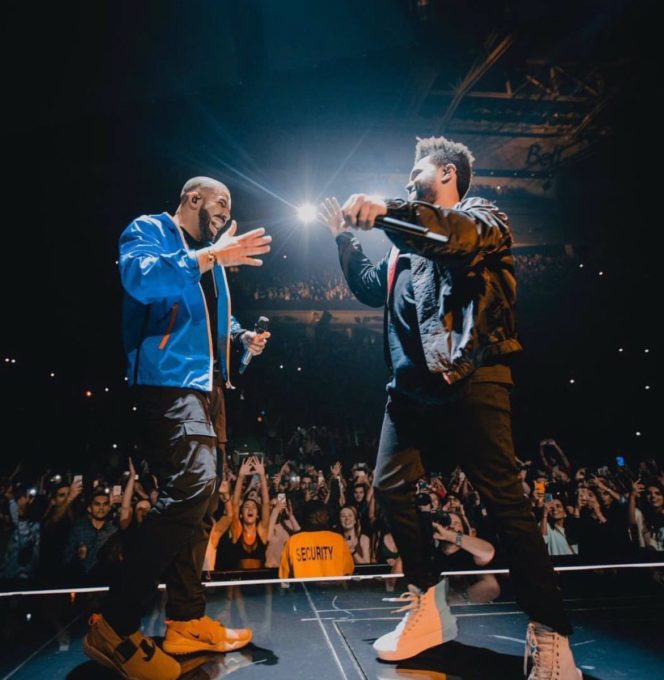 The beginning of Drake and The Weeknd’s relationship is well documented. Drake discovered the singer through Oliver in 2011 and recognised his talent immediately. The pair locked in and worked on some music for Take Care, which included The Weeknd giving up some of his own music to appear on the album. “I was like ‘dude, take anything’” he recalls about that time. He gave up ‘Crew Love’, ‘Shot For Me’ and ‘The Ride’, all of which were supposed to appear on House Of Balloons. This has been a point of contention for fans of each artists in recent years, with both bases arguing about how much impact this had on the LP and how much credit he deserves.

Drake made his stance clear in late 2017. After celebrating six years since the release of his sophomore album on Instagram, a fan commented, saying that Abel wrote the album. Drake responded on the Complex post, saying “Abel CO WROTE on Shot For Me and Practice, obviously was featured on Crew Love and The Ride and that’s it…there’s 20 songs on that album…don’t try me”. 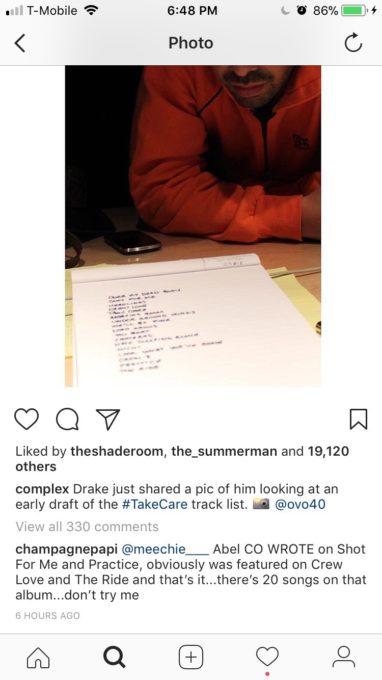 The original version of ‘Crew Love’ leaked online in 2016. It was essentially the same, with added lyrics. Today, another demo from that era has surfaced online.

This time, it’s ‘Practice’, which The Weeknd of course co-wrote on. The track is short, and a lot of it is mumbling, trying to find melody for lyrics to properly be filled in later. But “practice” is mentioned a few times in the lyrics, along with the line “you been waiting for me” which made it to the final version. Other than that, it’s not so similar, but it’s definitely an interesting listen.

Check it out below.